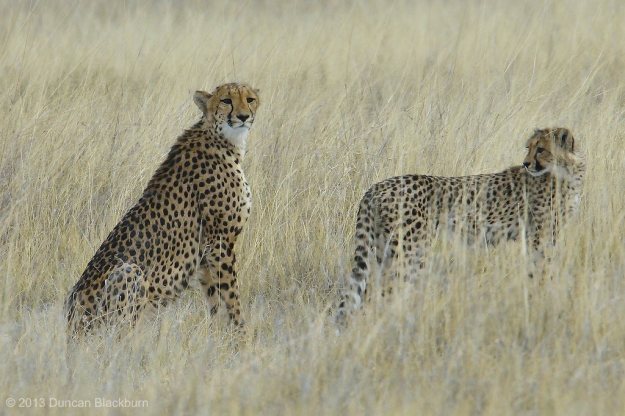 A typical cheetah scene in Etosha National Park. These wonderful examples of this beautiful species were contemplating an attack on some Springbuck grazing about 1000m away. The grassland vegetation provides both concealment and camouflage for these speedy hunters.

Unfortunately for these cheetah, an open grass-denuded area was situated between them and the Springbuck, potentially robbing them of the element of surprise. The hunt was called off shortly after this image was taken.

This image was captured north of Twee Palms water-hole on the eastern side of Etosha Pan, Etosha National Park, Namibia, Southern Africa.