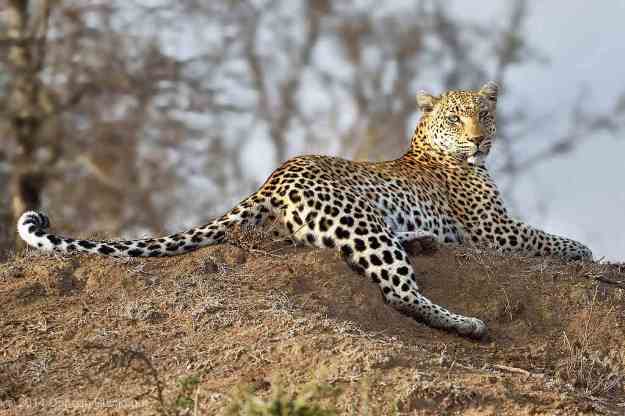 The leopard is a member of the Felidae family with a wide range in some parts of sub-Saharan Africa, West Asia, the Middle East, South and Southeast Asia to Siberia. It is listed as Near Threatened on the IUCN Red List because it is declining in large parts of its range due to habitat loss and fragmentation, and hunting for trade and pest control.

On an early morning game drive we  encountered this beautiful female leopard enjoying the warmth of the morning sun. She had made herself comfortable on the top of an old termite mound, and was quite unperturbed  by the presence of our vehicle or by the the clicking of our camera shutters!

This image was captured in the Timbavati Private Game Reserve, adjacent to the Kruger National Park, South Africa.