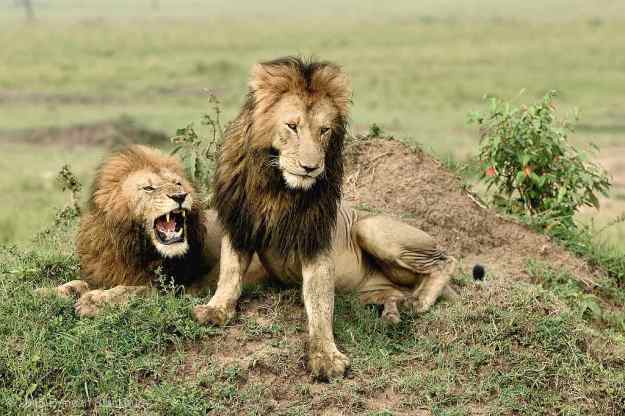 In the previous post I mentioned that the particular lion pride shown there was ruled by two males. These are they!